Linux Mint 20.3 is a long term support release which will be supported until 2025. It comes with updated software and brings refinements and many new features to make your desktop experience more comfortable. 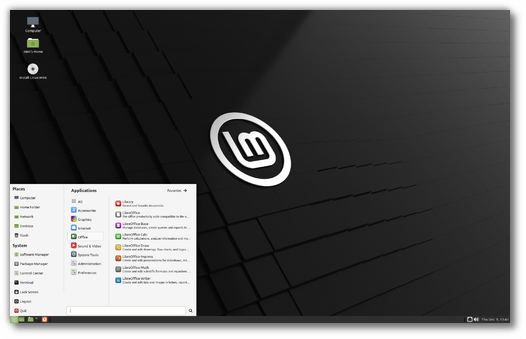 The Hypnotix IPTV player looks better than ever, thanks to Dark Mode support and a new set of flags: 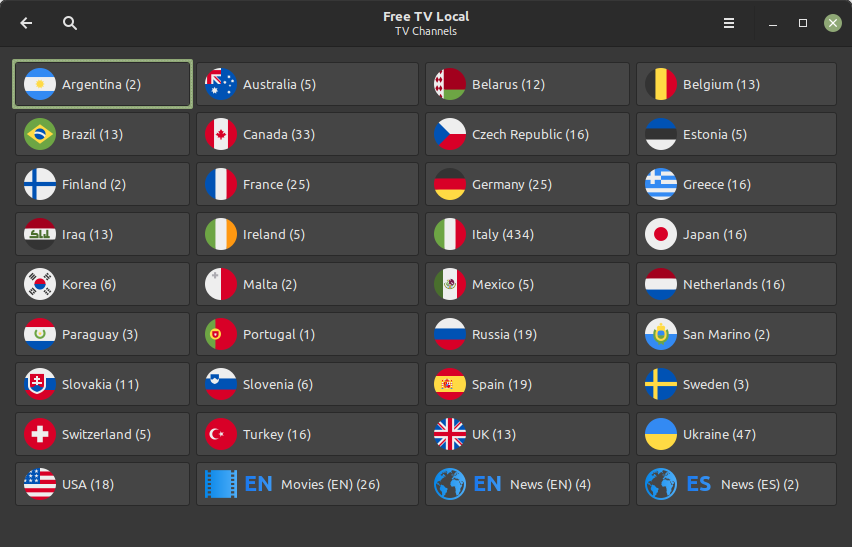 A new search function was added so you can easily find TV channels, movies and series. 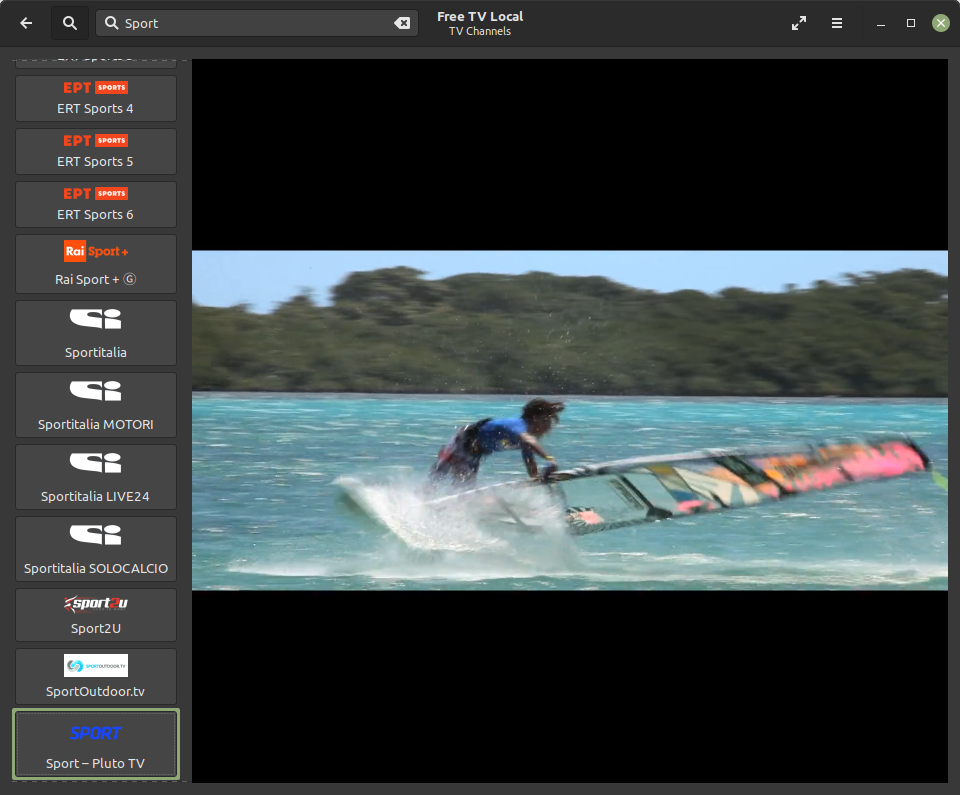 In addition to M3U and local playlists, the IPTV player now also supports the Xtream API. 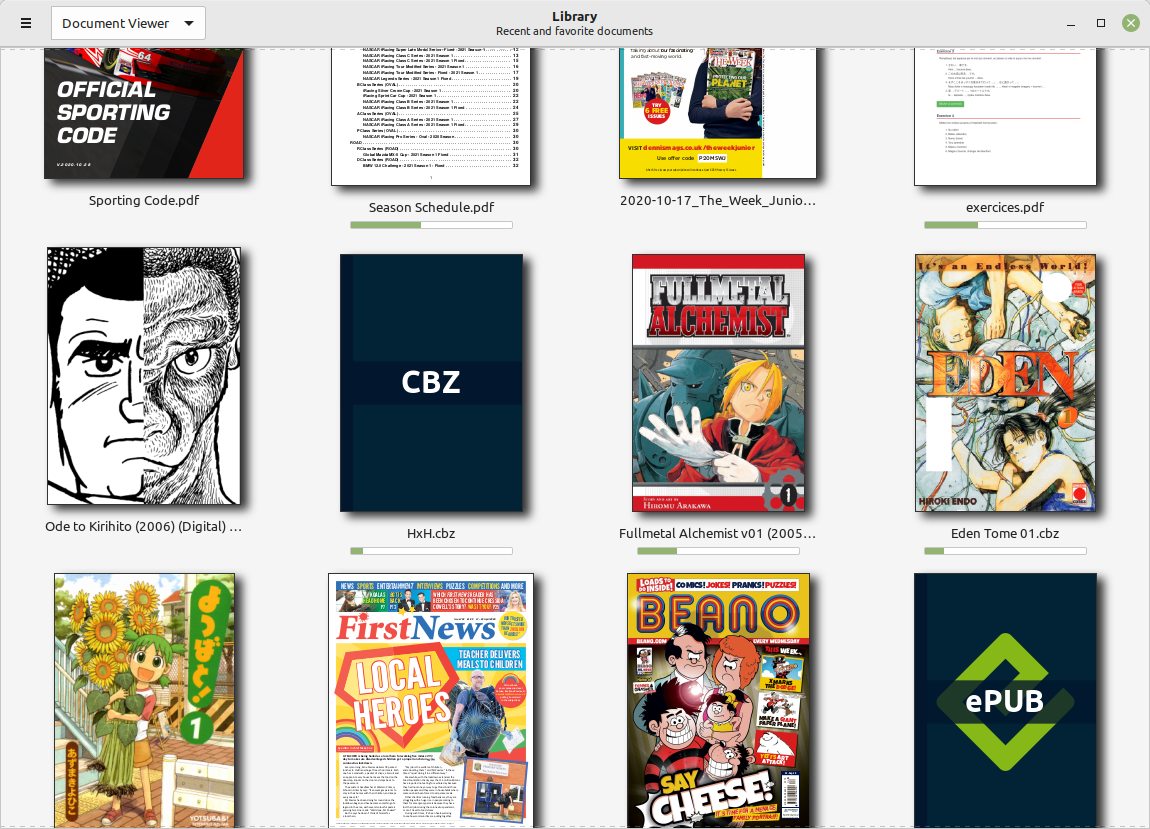 Thingy is a Document Manager. It gives you a quick access to your favorite and recently opened documents and keeps track of your reading progress.

The Sticky Notes application now has a search function: 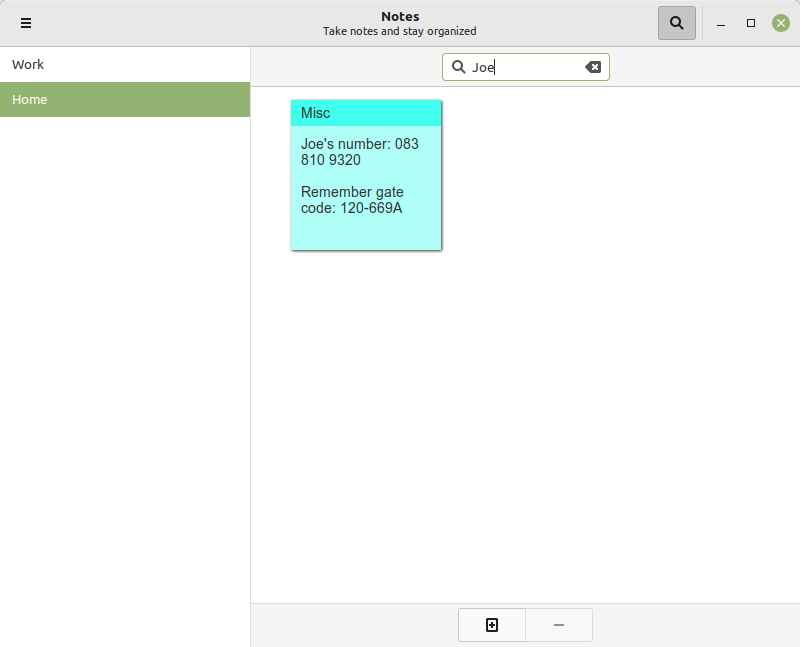 The look of the notes was improved by embedding the title within the note. 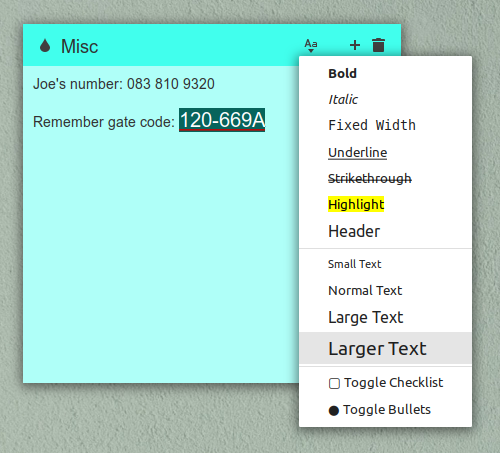 A new control was added inside the notes toolbar to control the size of the text.

The titlebars were quite small. We made them rounder with bigger buttons to make the desktop look more pleasant and generous. The hover zone around the icons was also widened to make it easier to press the buttons.

The maximize/unmaximize icon is more intuitive than before.

An "accent" is a part of the theme which uses a vibrant color to catch your attention and look more noticeable than the rest of the theme.

Accents make the theme look nice, catchy, vibrant, fun even, especially on top of grey which can be quite austere. But they come at a cost. They compete for your attention and distract you from the actual content. 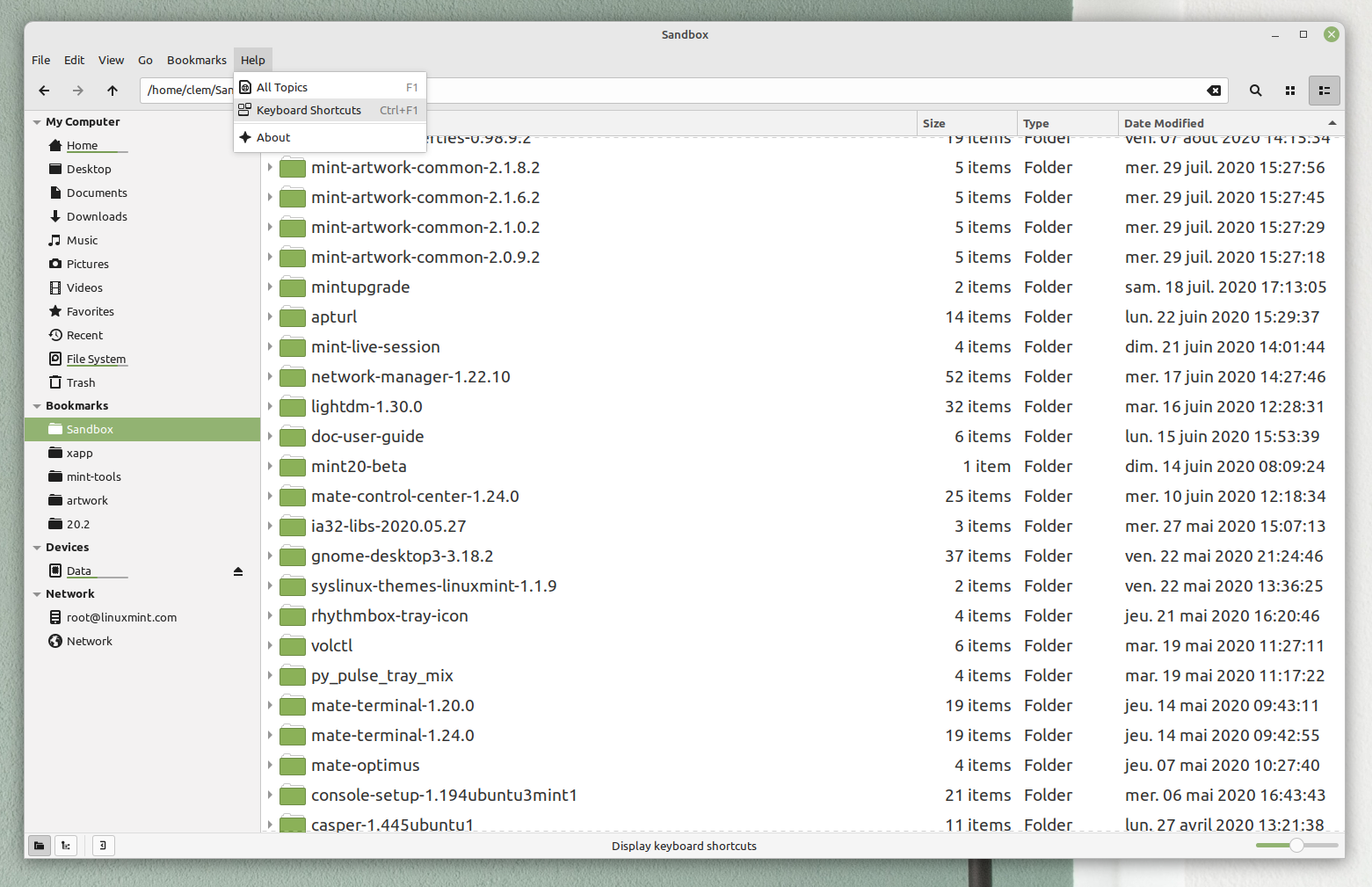 To make the default Mint-Y theme more pleasant accents and feature colors were removed on some of the widgets (toolbar buttons, menus, filebrowser's sidebar) and the base color was changed to a brighter shade of grey.

Accents were kept on small widgets such as sliders, checkboxes, radios and the close button continue to provide your favorite highlight color while the rest of the theme takes a step back and looks cleaner than before.

In the context of the Linux desktop, Dark Mode is the ability for certain applications to look dark without using a dark theme. In other words it makes it possible for some applications to be dark while the rest of the desktop remains light.

Linux Mint 20.3 features full dark mode support and takes advantage of this to give multimedia apps a distinctive look. 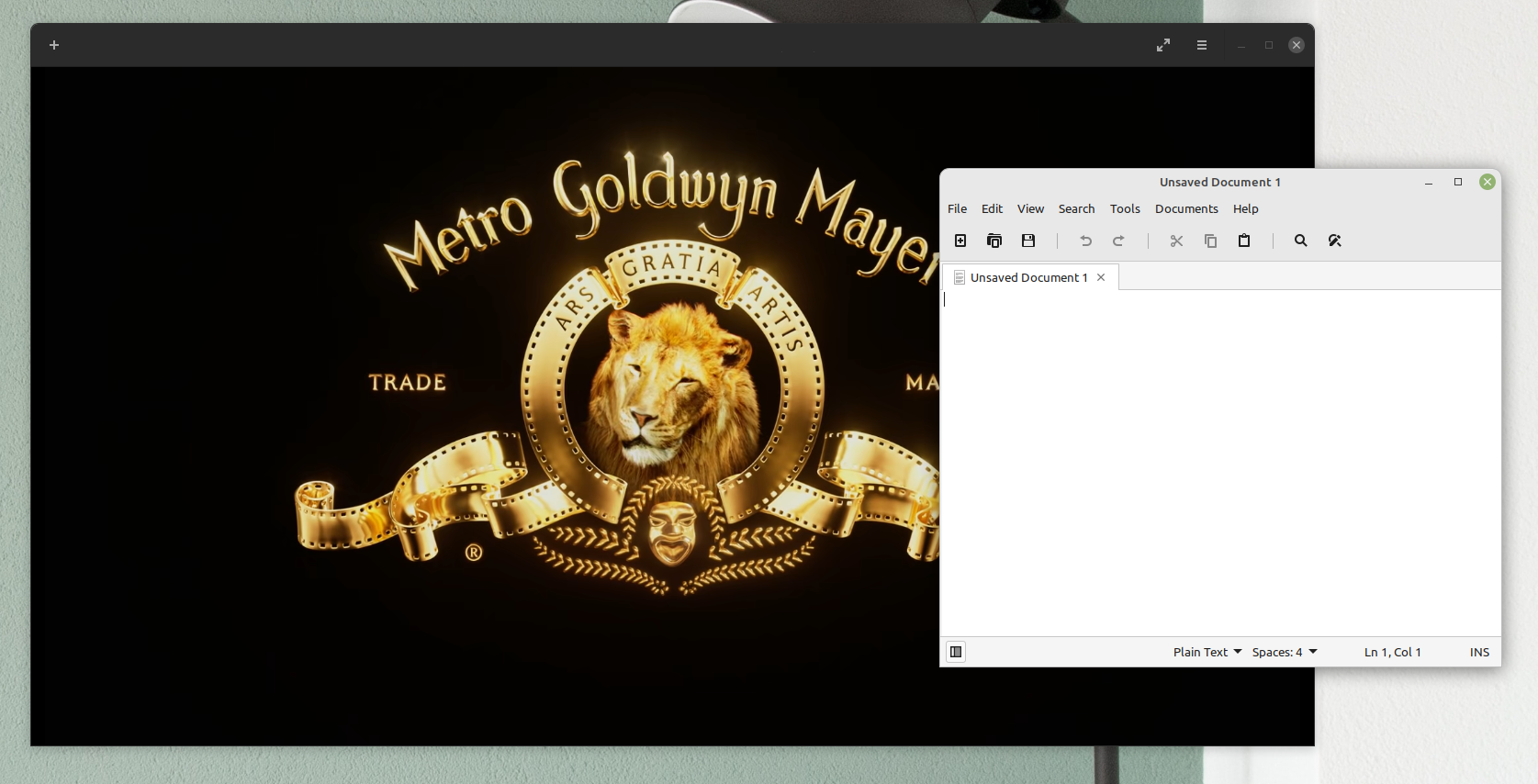 The following applications are shipped in dark:

Mint-Y was streamlined to provide less complexity and to work better in a variety of cases. Instead of providing two separate titlebar themes (one light and one dark) it now provides a theme which dynamically adjusts its colors to the selected control theme.

The "darker" variants which mixed dark toolbars with light windows and had poor compatibility with mono icon themes was discontinued.

Visual preferences are always subjective. Although we received very good feedback on the changes we made in 20.3, we thought it was also important to support users who wanted to keep things as they were.

For this reason the original version of the Mint-Y theme was renamed as "Mint-Y-Legacy" and made available in the repositories.

If you want to make Linux Mint look exactly as it did before simply install the "mint-themes-legacy" package and change your theme to select the Legacy one.

In our default software selection, dark mode is also configurable everywhere it is used. If you don't like Hypnotix, Celluloid, Pix, Xviewer or GNOME Terminal to be dark, open up their preferences and simply disable the option.

HPLIP was upgraded to version 3.21.8 to bring the latest support for HP printers and scanner.

The latest versions of ipp-usb and sane-airscan were also backported and are available in the Linux Mint 20.3 repositories. Try them out if you can't get your printer or scanner to work with software drivers.

The Xreader PDF reader received proper manga support. In Right-to-left mode, the direction of the arrow keys is now also inverted, so going left goes forward in the document, like it would when you read a manga. 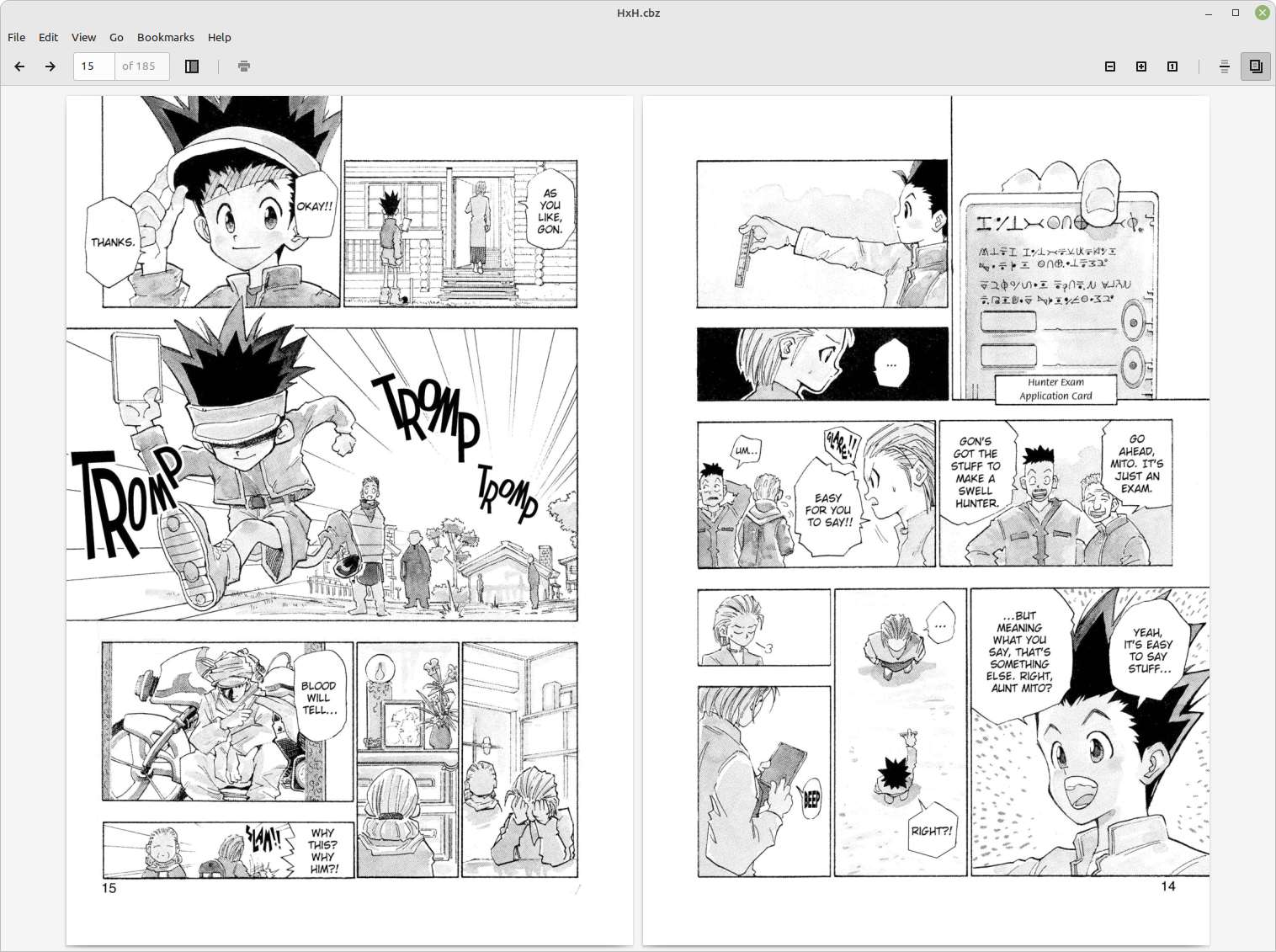 The Xviewer image viewer was given the ability to quickly fit the image to either the height or the width of the window.

In the Xed text editor you can now navigate through tabs with Ctrl-Tab and Ctrl-Shift-Tab.

Xed and Xreader feature an option to hide the menubar. When it is hidden the application uses less space and fits in smaller screen resolutions. Pressing the Alt key makes the menubar visible momentarily.

Xreader no longer shows its toolbar in fullscreen mode.

To save battery life and reduce resource usage, the system reports, which previously ran every hour, now only run once a day.

A new report was added to ensure the filesystem is merged (according to the usrmerge specifications). By default new installations of Linux Mint 20.3 and 20.2 are merged, but this isn't necessarily the case for users who upgraded.

The WebApp manager has a new column to show which browser is used for each of the WebApps. 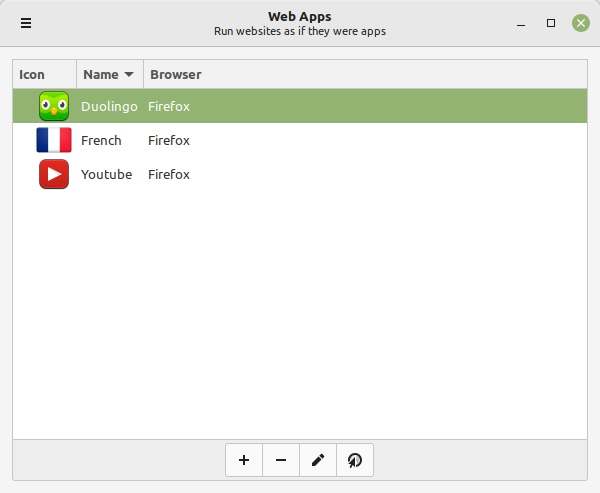 Bluetooth can now be turned on or off straight from the bluetooth tray menu. 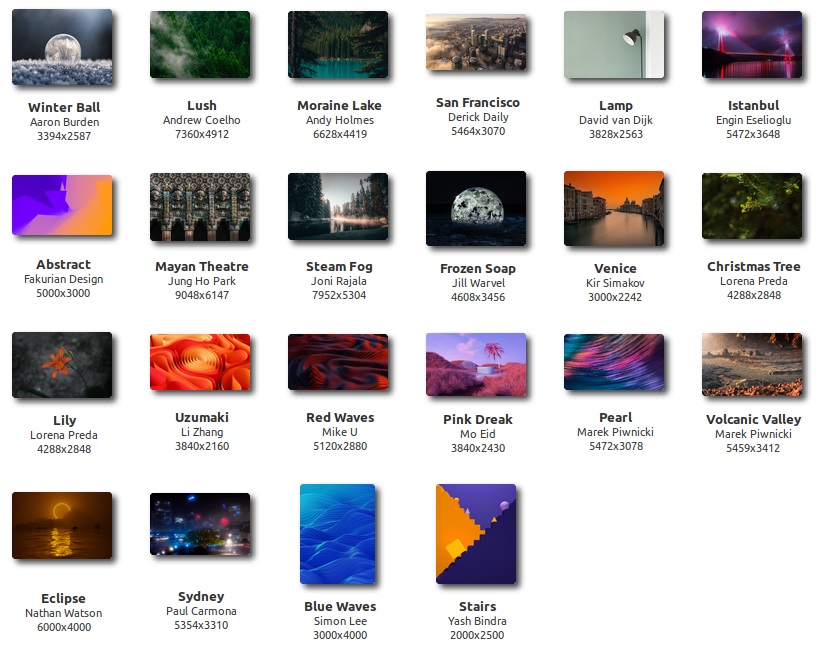 Flatpak was upgraded to version 1.12.

Until 2022, future versions of Linux Mint will use the same package base as Linux Mint 20.3, making it trivial for people to upgrade. 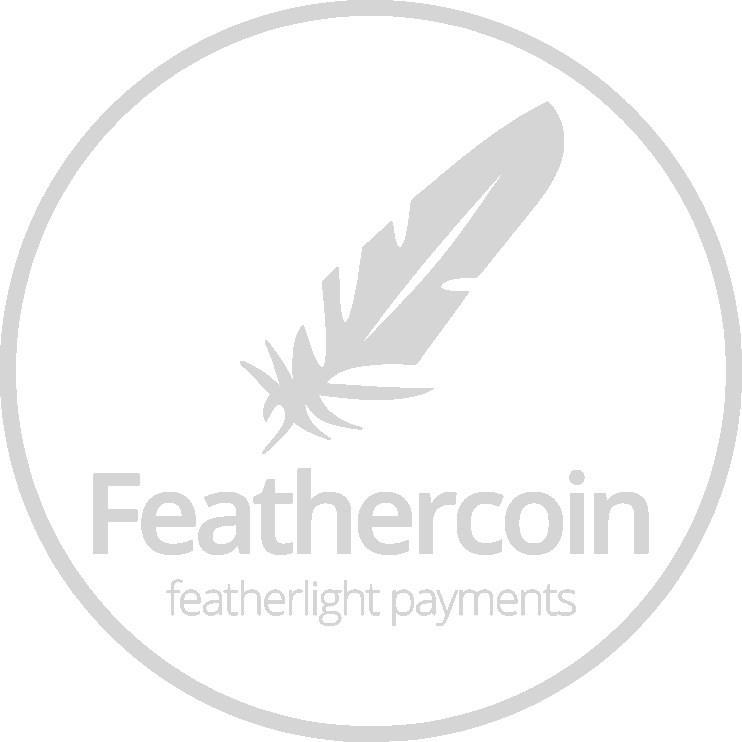