Linux Mint 19.1 is a long term support release which will be supported until 2023. It comes with updated software and brings refinements and many new features to make your desktop experience more comfortable. 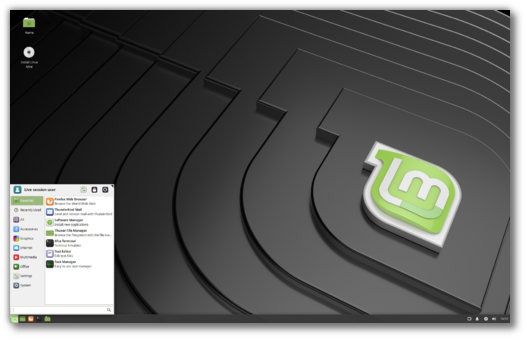 The Update Manager is able to list mainline kernels and to show their support status: 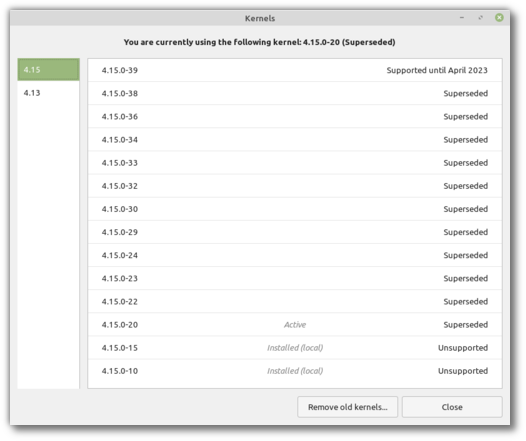 A new button was added to make it easier to remove unused kernels: 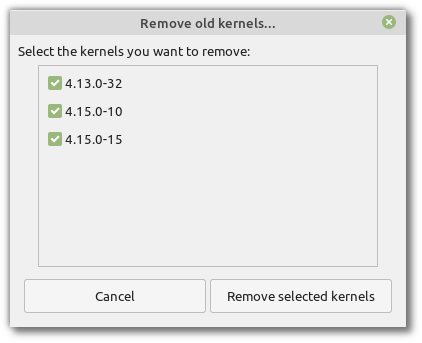 The Software Sources tool was given a new look. Similar to the welcome screen, it’s now using an Xapp sidebar and a headerbar. 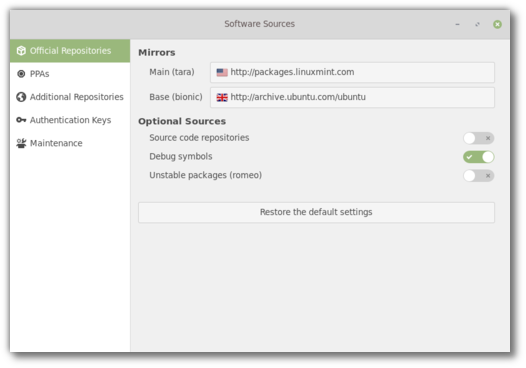 When software crashes tools such as mintreport produce a stack trace our developers can look at to understand the cause of the crash. This is the first step towards fixing such a bug. For the stack trace to be meaningful, users need to have debug symbols installed. In an effort to reduce bandwidth for their mirrors, Debian decided to move debug symbols outside of the main repositories. This decision affected not only Debian and LMDE but also Ubuntu and Linux Mint and made it much more difficult for users to install these symbols. To simplify this process, support for debug symbols was added into the Software Sources tool. Adding debug symbol repositories can now be done with a click of the mouse.

A new button was also added within the “Maintenance” tab to remove duplicate entries in your repositories.

The Language Settings and the Input Methods are now two separate applications.

The user interface for the Input Methods tool was revamped. It uses an icon sidebar and now shows a dedicated page for each supported language. 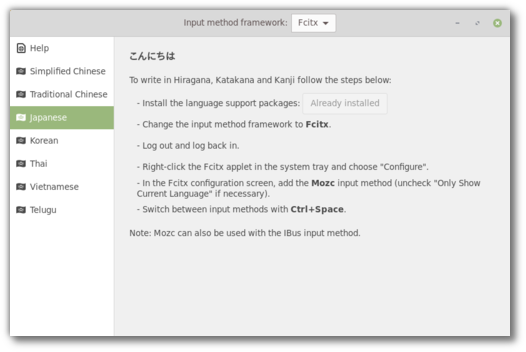 Improvements were made to the look and feel of the document viewer. Thumbnails and page borders in particular look more crisp: 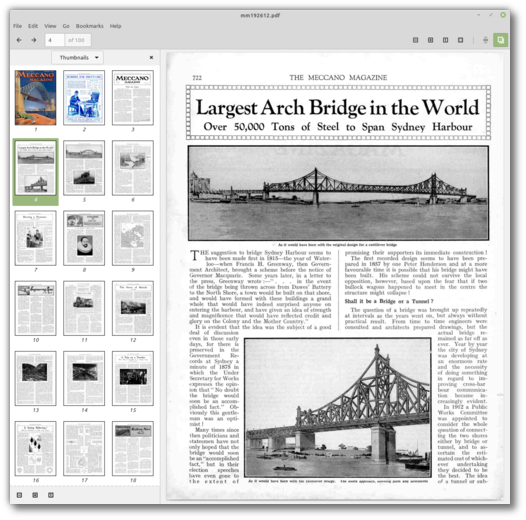 Xed, the text editor, moved to libpeas, python3 and the MESON build system. 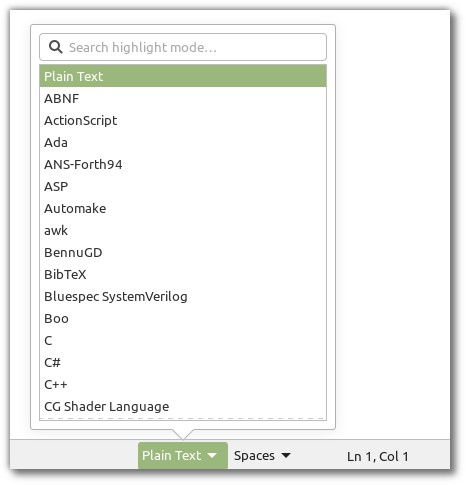 Its statusbar was reworked. It now indicates whether the document is in tabs or spaces mode and highlight modes are searchable.

XAppStackSidebar makes it easy to create icon sidebars, such as the ones used in the Welcome Screen or the Software Sources.

XAppPreferencesWindow provides a multi-page preference window with a built-in icon sidebar. This component is used to display application preferences in Xed, Xreader and Nemo. 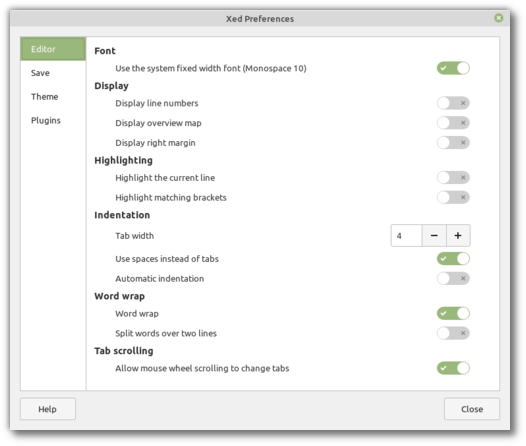 XAppIconChooserDialog provides a dialog which lets you choose an icon name or an icon path.

XAppIconChooserButton provides a button which shows an icon or an image, and lets you choose a new one when clicked.

Firewall configuration was added to the "First Steps" section of the welcome screen.

To prevent you from typing your password into the wrong window (and sending it online by mistake), sudo now shows asterisks when you type your password. 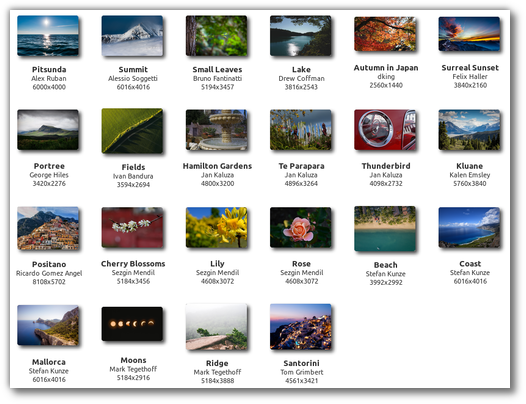 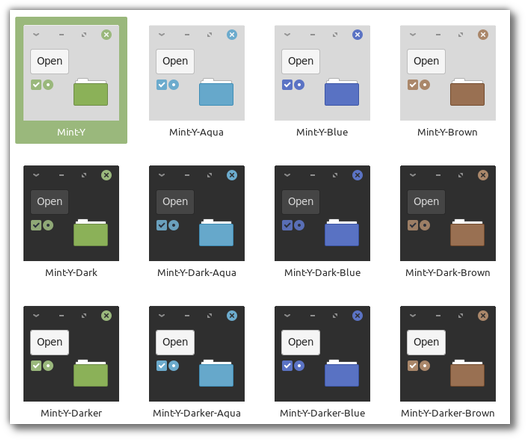 An overview of the new color variations

Mint-Y themes were given more contrast: 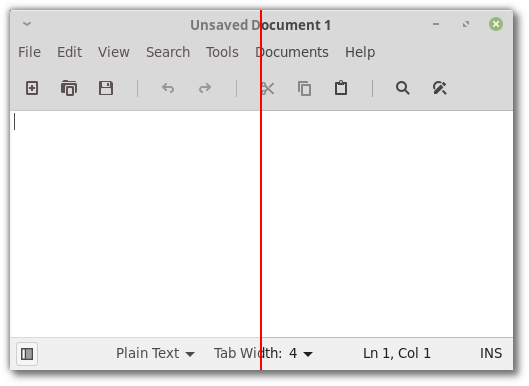 Labels look sharper and stand out more on top of their backgrounds. So do the icons which now look darker than before. As a result, it's easier to visually identify the focused window: 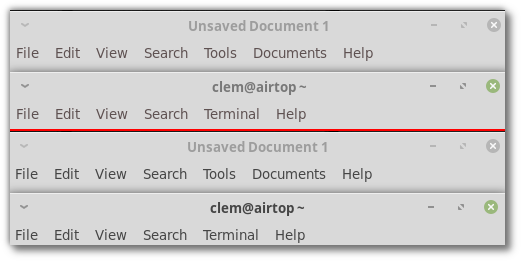 To support both light and dark panels, Linux Mint 19.1 ships with symbolic status icons for Redshift, mate-volume-control-applet, onboard and network-manager-applet.

Until 2020, future versions of Linux Mint will use the same package base as Linux Mint 19.1, making it trivial for people to upgrade.