Linux Mint 11 comes with updated software and brings refinements and new features to make your desktop even more comfortable to use. 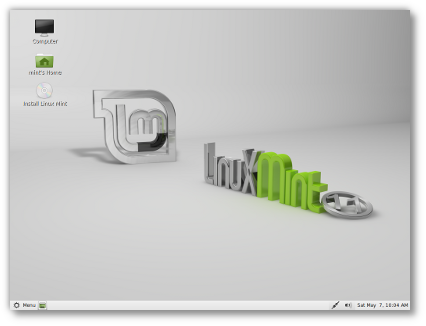 Linux Mint 11 comes as a liveDVD. A liveCD is also available for people without a DVD burner or distributors established in the USA and Japan. The liveCD comes with less applications, no multimedia codecs and no restricted software, making it fit within 700MB and safely distributable in countries where the legislation allows patents to apply to software.

From the liveCD, the installation of codecs and extra applications is now easier than ever.

There are also links in the Menu: 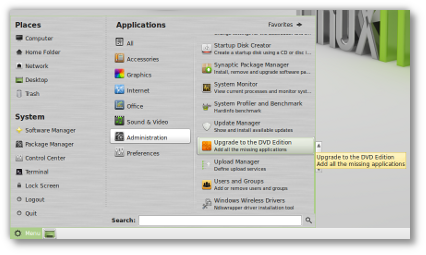 Open the menu, click on the mouse, and all the missing software is installed.

With two clicks of the mouse you'll have all the missing components installed on your system: Full multimedia support, VLC, Gimp, Giver, Tomboy, LibreOffice-Base, Java, Samba, additional fonts, backgrounds, themes, icons, and everything that makes Linux Mint a complete, out of the box, operating system.

Once these components are installed, the links will disappear from the Welcome Screen and in your menu.

A new link was also added in Menu->Preferences, to launch the Welcome Screen after it's been closed or told to no longer appear when you log in.

Many improvements were made to its graphical interface, and the Software Manager now looks much more polished.

A splash screen appears when you launch it: 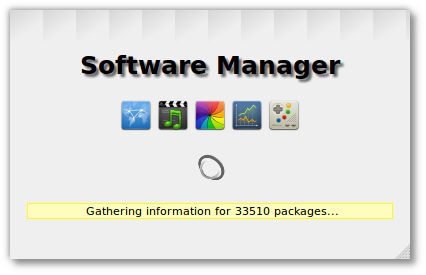 A new splash screen for the Software Manager 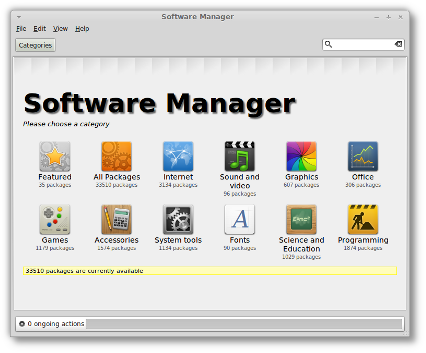 The Software Manager in Linux Mint 11

Application screens were visually improved, not only in the way they look but also in their layout and the information they show. For instance, the Software Manager now runs a simulation prior to showing you the application, so when you look at it, it can tell you precisely which packages would be added or removed to your system, how much data would be downloaded and how much space would be taken on the hard drive, may you decide to press the Install button. 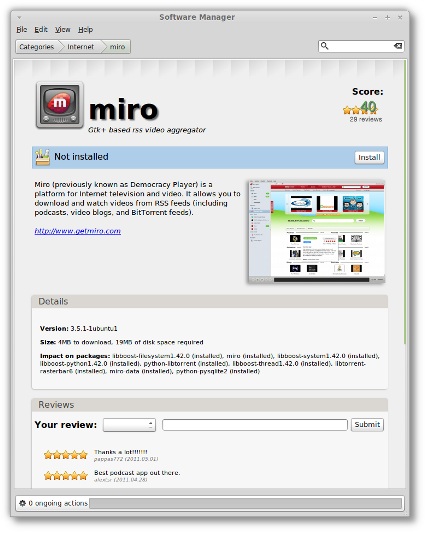 Application icons are now gathered not only from the mintinstall-icons package but also from your icon theme and generated at runtime if need be. This helps the Software Manager in showing more icons than before, whether mintinstall-icons is installed or not.

By default, the Software Manager now searches in the package names but also in their summary. This makes searches longer but more accurate than before. You can change this by clicking "Edit->Preferences->Search in packages summary".

One of the biggest improvement made to the Update Manager is how it now handles dependencies. It only shows updates, not their dependencies. If the ugprade of a package requires additional changes to your system a dialog pops up with a summary to show you which packages will be installed or removed. This brings a permanent fix to the notorious "Broken packages" message that used to appear before, and it also makes it much clearer which updates are available and what effect do their installation have on the system. 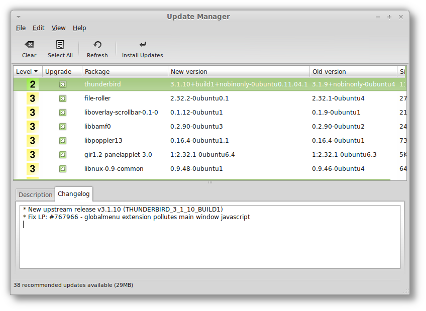 Visual improvements were also made to the graphical interface:

One of the particularities of Linux Mint is to show humorous quotes in the terminal. There's nothing like seing a cow tell a bad joke as you're getting ready to type some serious administration commands.

Some people like these quotes, and some people don't. Like everything else in the system it needed to be easily switched ON or OFF and so it was added to the Desktop Settings tool. 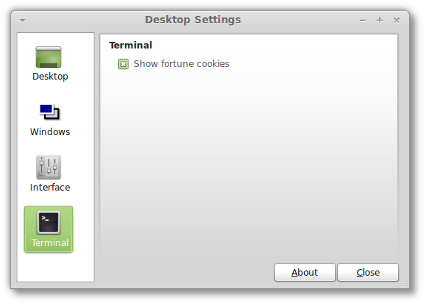 Enable/Disable fortunes in the terminal

The Desktop Settings tool is now "desktop-agnostic". Originally developed for Gnome, it now detects which desktop is running and shows settings specific to that desktop. It will be used in the future in all editions of Linux Mint and offer additional settings to KDE, Xfce, LXDE and Fluxbox users.

Backgrounds: This default background shows a 3D scene featuring the Linux Mint logo. It comes from an artist called Gelsan. Additional quality backgrounds are also available, including "Spring", "Bubbles" and "Bring me to life" by Pr09studio and some beautiful photographs from Jyothish Kumar P.G (aviatorjk).

Mint-X theme: Many improvements were brought to Mint-X, including better integration with Deluge, Synaptic, Gimp and Banshee, as well as brand new round radio buttons. 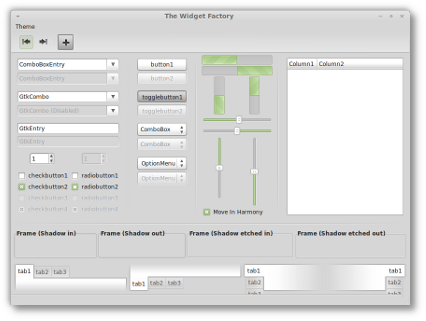 mint-search-addon: Firefox 4, Chromium and Opera come with an improved mint-search-addon plugin. The new plugin looks more polished than before, it comes with bug fixes and lets you easily extend your search to other popular websites such as Wikipedia, Youtube, eBay, Amazon, IMDB, flickr, Yahoo, Answers.com and many Google services (images, videos, maps, news, translate..etc)

Plymouth boot screen: Plymouth loads late in what is now a very fast boot sequence. It also fails to support most video drivers in high resolution. In Linux Mint 11, the entire boot sequence is black. You no longer see a logo or loading dots. This makes the boot sequence more coherent and gives the operating system a more professional look.

apt download: A new "apt download" command was introduced which downloads a .deb package locally along with all its dependencies.

After careful review and based on the scores given by the community in the Software Manager, the following changes were made to the default software selection: