This is the KDE edition of Linux Mint 9, codename Isadora, based and compatible with Kubuntu 10.04 Lucid Lynx and its repositories. 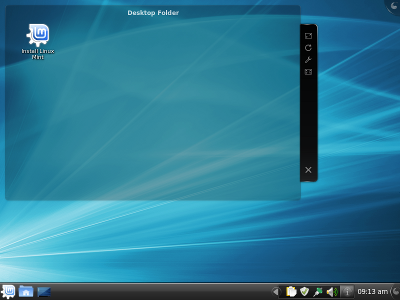 If the boot sequence only shows dots and no logo, you can make it look better by following these instructions.

Moonlight was removed from Linux Mint 9 because of a bug that made Firefox crash. The bug was fixed upstream and you can install the Moonlight plugin from the project's website.

The 64-bit version of Linux Mint 9 KDE comes with two kernels by default.

In the Wine menu, you need to click on "Configure Wine" before you can "Browse C:\".

Linux Mint 9 is based on Lucid Lynx. Make sure to read the known issues related to this release.